WHAT IS JIU JITSU?

Brazilian Jiu-Jitsu has evolved significantly since Maeda introduced Japanese style Jiu-Jitsu to the Gracie family in Brazil nearly 100 years ago. Since then the art and practice of Brazilian Jiu-Jitsu has adapted and changed to suit the environment in which it is practiced; From Mixed Martial Arts settings to Collegiate-Style Competition, Brazilian Jiu-Jitsu means a variety of things to the body of practitioners in the United States and elsewhere in the world.

Classes at the academy are held in both gi and no-gi, and are taught with a “feet to floor” mentality – that is, instruction and sparring sessions spend equal time in the standing position as on the ground. Our curriculum draws elements from many disciplines, to ensure that all students will become proficient not just in jiu jitsu, but Judo and wrestling as well, both in and out of the gi. 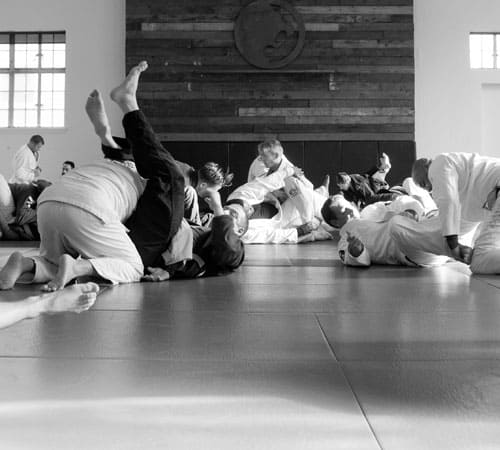 Brazilian Jiu-Jitsu is a grappling-based martial art whose central theme is the skill of controlling a resisting opponent in ways that force him to submit. Due to the fact that control is generally easier on the ground than in a standing position, much of the technique of Brazilian Jiu-Jitsu is centered round the skill of taking an opponent down to the ground and wrestling for dominant control positions from where the opponent can be rendered harmless.

To control and overcome greater size, strength and aggression with lesser size and strength is the keynote of the sport. This is done by utilizing superior leverage, grip and position upon your opponent. Students of the sport gain a deep understanding of the workings and limits of the human body. This knowledge can be used to subdue and control an opponent with whatever level of severity the student chooses. The path to this knowledge is physically and mentally demanding. Students benefit from greatly increased physical fitness, problem-solving ability, self-knowledge of their body and mind and the many social benefits of working within a large group of like-minded fellow students as you learn and have fun together.

Many students first learn about Jiu-Jitsu through the great popularity of mixed martial arts (MMA) competition, where Brazilian Jiu-Jitsu technique is very prominent. Indeed, the beginnings of the contemporary MMA competition were largely tied up with proving the combat-efficiency of Brazilian Jiu-Jitsu. The practice of Brazilian Jiu-Jitsu as a sport, however, is strongly separated from MMA. Daily classes do not feature kicking or punching. The focus is on safe grappling technique that can be done on a daily basis with no more fear of injury than any other contact sport.

Classes at the academy are taught all day seven days of the week. They feature a strength and endurance building warm-up, followed by demonstration and practice of techniques after which students engage in live wrestling with other students of their own level. It is a truly demanding workout with a strongly cerebral aspect and a sense of purpose and skill that will truly capture your imagination. Come down to the academy. Come take a look at a class or better yet, take one of the introduction classes. We are confident that Jiu-Jitsu will become one of the most cherished and enjoyable aspects of your life. It will give you a confidence, knowledge and body-dexterity and fitness that few people will ever know.

If you have never trained before, you will want to get into our Level 1 classes, either our co-ed or women’s only.

If you have some experience, the Level 2 or Level 3 classes may suit you.

Either way, it’s best to send us a message, tell us a little bit about yourself, and we’ll get you on the mats training where you belong as soon as possible. 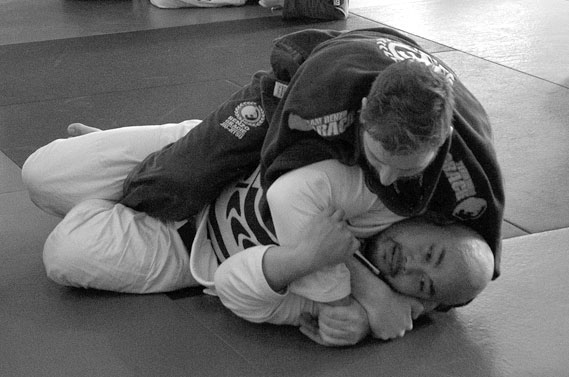 Our Fundamentals classes are the ideal route for people interested in Brazilian Jiu-Jitsu, who are brand new to the discipline or who are returning to  Brazilian Jiu-Jitsu after an extended hiatus.These classes focus on familiarizing the student with elementary positions, terminology, conventions and etiquette of practice in order to prepare the student to join the All level and Intermediate classes.

Level 2 picks up where the Fundamentals 1 classes leaves off.  With a basic vocabulary and movement skills under your belt you are ready to start fleshing out your fundamental skills both on the feet and on the ground. This class will explore a single topic or position each month, moving from basics to more advanced ideas. We stress control, ironclad defensive principles, and methodical submission skills. Classes incorporate flow-training and goal-oriented sparring from position. 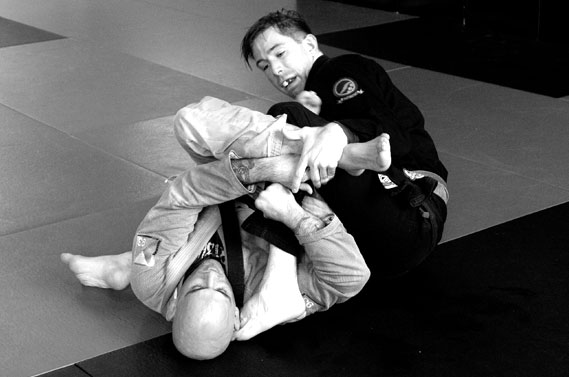 Where the level 1: Fundamentals and level 2 programs focus on developing students vocabulary and technique, the advanced class focuses on personal application of that technique. This class embraces the feet to floor philosophy: techniques are frequently taught as a sequence – starting on the feet we work the transitions from your initial setup to take down, control on the ground, and transition to your submission. At this level students also start to show preference for one set of techniques over another, so we spend quite a bit of time refining their individual styles and Tokui Waza. Class consists of technique drills, flow training, and live sparring rounds. 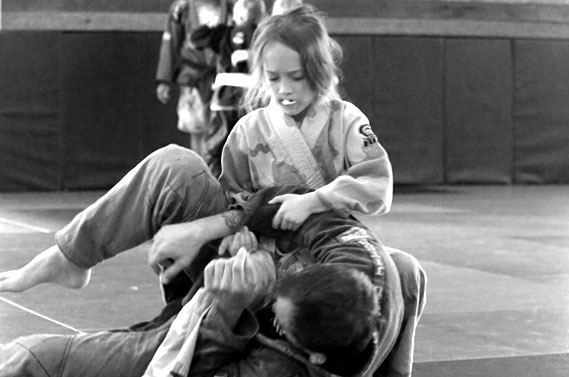 The Kids jiu jitsu program at Renzo Gracie Academy emphasizes discipline, hard work, and respect. In addition to keeping the classes engaging and fun for the children, our instructors also make sure that the students learn the basics of self-defense while developing their physical fitness levels. All the classes incorporate drills, games, exercises, and live training in a controlled environment. The work ethic, discipline, and confidence learned in the academy will benefit your child both academically and socially. 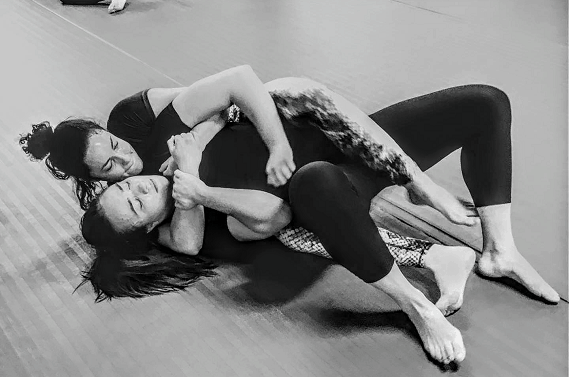 Our womens’s classes are identical to our co-ed curriculum.